Over the next few decades Utah County will grow by a million people and match the population of Salt Lake County.

Lest you think these are inflated projections, consider where these people are coming from. Yes, many will move here from other states, but the biggest chunk are home grown and will consist of the children and grandchildren of current residents.

Much of that growth will be in the north and west section of the county. That means many people will choose to live in the Cedar Valley. So far, the Cedar Valley has no businesses with employment of any significance. For example, most wage earners in Eagle Mountain leave the city every morning to commute to work and return home every evening. What does that traffic and air quality look like when the population of Cedar Valley doubles and then triples? It will happen. Eagle Mountain is one of the fastest growing cities in the state and the third largest in square mileage.

As the state debates a new tax structure, contemplate how we are going to pay for all of the new roads, power lines, water and sewer lines, schools, fire stations, police stations, libraries and everything else it takes to support a safe and healthy modern lifestyle. If we don’t plan for these things now, our children and grandchildren will have to live in high-density housing with a hefty tax rate or live somewhere else.

So what can we do that will allow our families to live close by, enjoy cleaner air, not have to commute through hours of bumper-to-bumper traffic, and without having to be slaves to an out-of-balance tax structure?

The answer is an obvious one — economic development. If we bring more businesses here to Utah County, closer to where people live, then we reduce traffic on our roads and put less pollution in the air. Plus, those businesses create tax revenue and the jobs they create also create tax revenue. Those in-town jobs cause restaurants and stores to pop up, which in turn create more tax revenue. The end result is lower taxes and higher quality of life.

There are plenty of examples to study, considering everything from bedroom communities to cities of industry. Bedroom communities can go two directions over time. They either become very expensive or they struggle to survive. On the other end of the scale, there are some cities that have nearly as many businesses as they do residents. Those cities have no financial difficulties.

I believe that there is an ideal balance that can pay the bills and provide for a high quality of life. However, Eagle Mountain is nowhere near that sweet spot. That is why we are putting as much effort into economic development as we are in planning a balanced city with outdoor recreation, preserved open space, wildlife, agriculture, schools, churches and viable transportation options. Our goal is a city as quaint and inviting as a Norman Rockwell painting with a robust economy behind it. Achieving such an ideal is no simple task, but without economic development it is impossible.

Unfortunately there is a lot of confusion about economic development and because of the confusion and misunderstandings, we often see resistance to our efforts to bring national brand companies to Utah County. In my conversations with individuals and groups throughout the state and locally, there are consistent questions that come up. I would like to address some of those questions.

What are tax incentives? Tax incentives are negotiated with a company based on costs to the city and other taxing entities along with costs to the company to set up shop. A company will often have to spend millions of dollars to build roads, bring in power, water, sewer, etc. before they can even begin to put up their own structures. The tax incentive allows them to recoup their investment. If they could not get the money back that they have invested it would be like being taxed twice. Remember, the purpose of taxes is to pay for services rendered.

Why do we offer tax incentives? It seems like big business just gets whatever it wants at the expense of the little guy. Can’t we offer them less? Courting businesses is a free market all of its own. Businesses will choose to go where it makes the most financial sense. Much like someone shopping for a new home. Eagle Mountain has advantages and disadvantages. We have affordable land but very little infrastructure. Other cities might have infrastructure in place but the land is more expensive. The tax incentives offset the cost of infrastructure.

Why can’t everyone get the same tax incentives? Actually, anyone could but few have the financial resources to invest in infrastructure that would benefit the city.

Don’t these companies cause a burden on our schools and other services? With every business that shows serious interest in Eagle Mountain we commission an impact study. The independent impact study shows us exactly what a business will cost the city and all taxing entities. These costs are factored into the tax incentive. In other words, we make sure the business pays for those costs and more.

How can you justify giving a wealthy company all that money? They don’t need any help. A tax incentive does not give any money to a company. Also, the tax incentive isn’t designed or intended to help the company; the purpose is to help the city and its residents.

Don’t tax incentives for business just move the tax burden to the shoulders of residents? No. In fact, it is just the opposite. Businesses relieve residents from burdensome taxes. That is the point of economic development. There are only two ways to pay taxes. In a strong local business economy businesses pay a large share. In bedroom communities or weak local economies, residents must pay the entire bill themselves. Anyone rejecting economic development is by default choosing higher taxes.

Are tax incentives a form of corporatism? No, because they do not create legislation to favor one company over another or give them an unfair advantage.

What are the long-term impacts? Tax incentives can be structured in numerous ways. Sometimes, it is in the form of a cap, meaning the incentive runs out once a company reaches a point where they would have paid a specified amount in taxes. Others might limit the tax incentive to a number of years. For example, the Facebook incentive is limited to 20 years. In 20 years Eagle Mountain could easily reach a population of 120,000. Where would Eagle Mountain and Utah County be in 20 years if there were no such businesses here? Having strong companies here give a promising outlook for a future that works.

Tax revenue is not money that belongs to the taxing entities. It belongs to the people and businesses that earned it, and should only be levied to pay for needed services. Anything more is a form of tyranny.

Taxes are necessary for a society to thrive, but a society cannot thrive unless taxes are structured with economic development in mind. It is the responsibility of government to seek means to reduce that burden as much as possible and whenever possible, following the dictates of the great American charter focused on securing life, liberty and the pursuit of happiness.

I have been asked by a few people to look into what it might take to add streetlights in their neighborhoods.

First, a little history might be in order to give some context as to why there are so few neighborhood streetlights. When Eagle Mountain was created, the founders wanted our city to have a semi-rural feel. They wanted it to feel as much as possible like living out in the country and be able to enjoy the night sky. They did not want it to look or feel like living in a big city. They also wanted to keep housing prices down in order to draw buyers to an area that was considered way out in the sticks. To achieve these goals, street lights were kept to a minimum.

This can be different than other cities, so when people move here they are sometimes surprised about the lack of street lighting. Others find it to be quite natural and enjoy being able to see the stars at night.

So whether someone sees it as good or as bad, it is the way Eagle Mountain was built. But what if someone wants to change that and add lights to their neighborhood? This is no small task. It is an expensive demolition and construction process. Sidewalks and roads would have to be torn up so that power lines could be put in place. Roads and sidewalks would have to be replaced, light fixtures and power meters would be installed.

Though certainly not impossible, it would be difficult to get everyone in a neighborhood to agree to pay for streetlights. 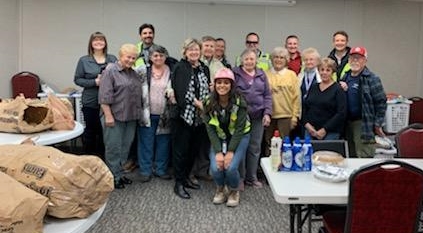 We have a great community that keeps getting better because of those that are willing to serve and put in the time to make a difference.

Last week, our Eagle Mountain Senior Citizens Council teamed up with Mortenson Construction (the contractor for Facebook) to fill baskets overflowing with Thanksgiving Holiday food and deliver them to Eagle Mountain Families. The recipients were families recommended by their neighbors for a boost of holiday cheer. As you can see from the photos, these were no skimpy gift baskets but were large and loaded up with fresh, delicious food for a complete dinner. I was lucky to be invited along to help deliver them.

Thank you Eagle Mountain Senior Citizens Council and thank you Mortenson Construction for providing food and the volunteers to deliver it. 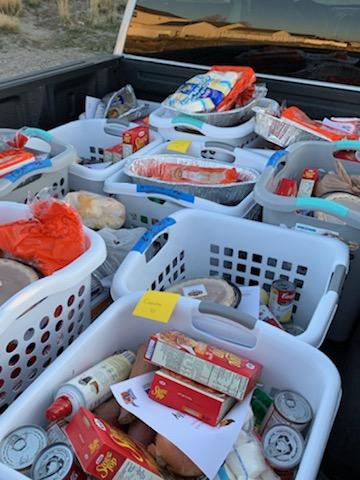 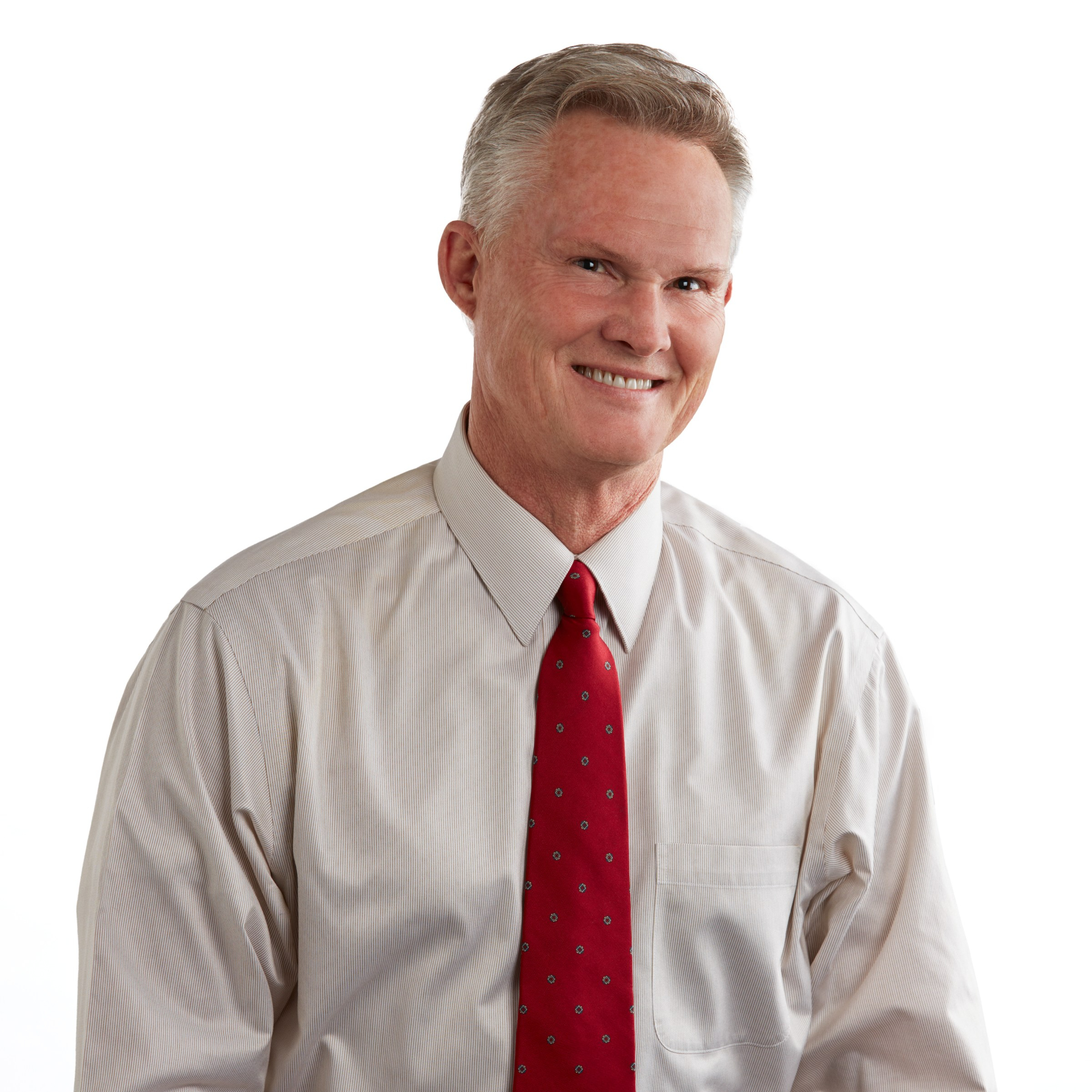